This is the XWA Upgrade Forums! In here you'll find some of the most talented 3D modellers and texture guys on the net!

Following the discussions about the ability of the Nebby to host a squadron of starfighter, I decided to update the XWAUP OPT.
Thanks to Bmen, who has sent me the new high-resolution textures, I was able to create the Version 2.0 of this incredible model.

It's a modular starships. Every unit can be customized to be specialized in different operations:

1. Standard = the Nebulon B Frigate with two-levels hangar. Only the lower hangar is open at the back
2. Medical = Redemption, the rebel hospital starship. Hangars have been closed and removed to host as many wounded as possible.
3. Strike = Standard version with an added flightdeck in the upper module. This version is able to launch more starfighters simultaneous.
4. Carrier = Strike version, with the upper hangar open sideways. Multiple starfighters can be launched and land at the same time, but the hull is more fragile.

Following I post some pictures of the "Carrier" version: 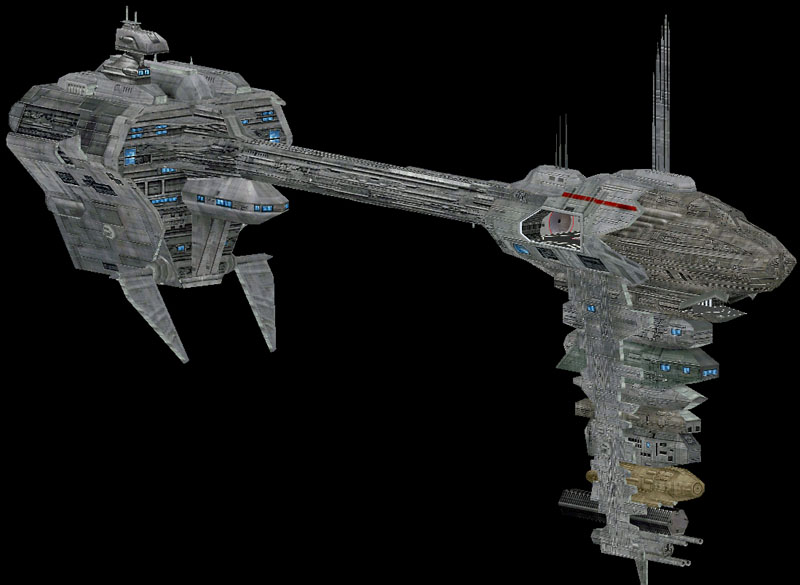 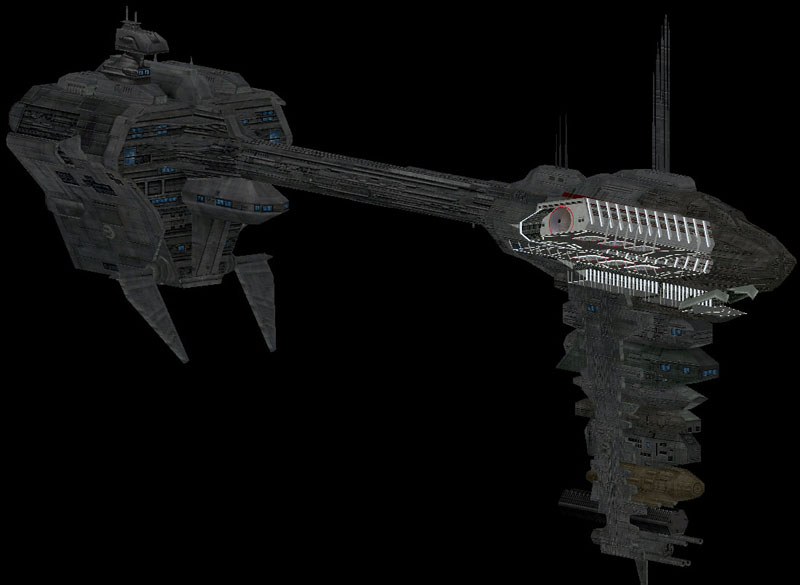 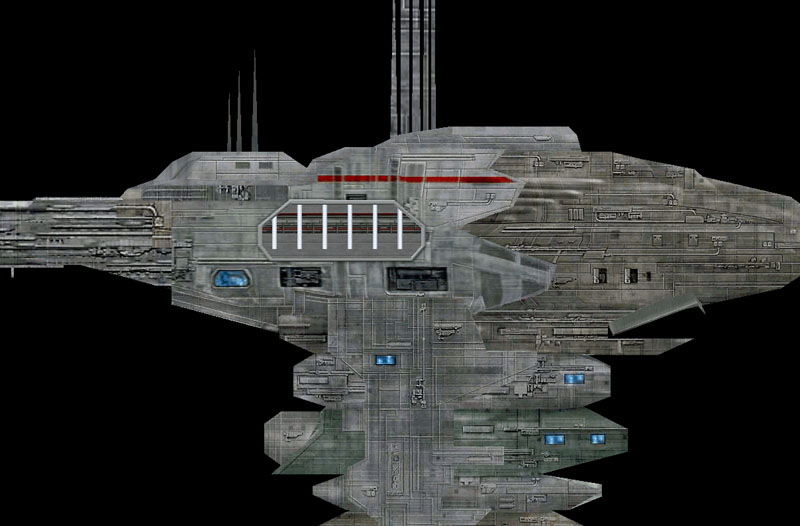 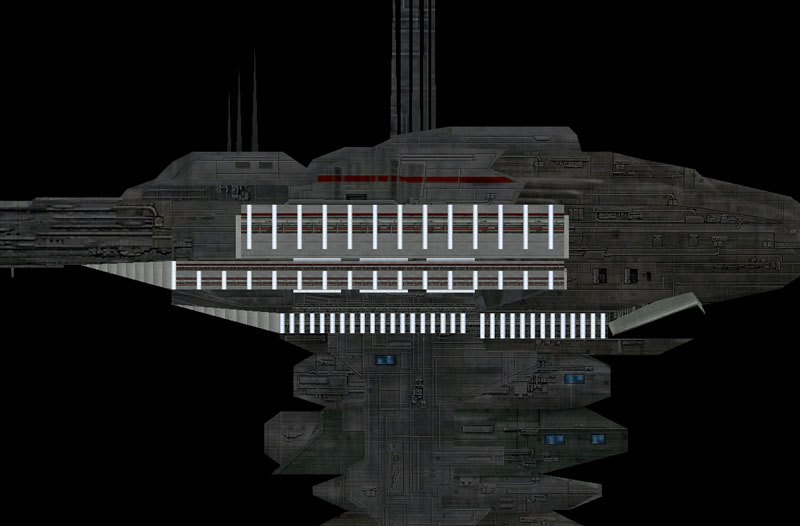 Wow that is really nice

Slightly off topic, I just a semi nerdgasm because of your bio.

The nice thing is, with the opt replacer hook on a per-mission basis, you can have ALL of the versions available to use in one install!

Oh man, this is looking really sweet!
Murphy was an optimist! I am a pessimist!
And always remember that a smile is cheaper than a bullet! (District 9)
Webmaster of the X-Wing Alliance Upgrade Project

Driftwood wrote: ↑
Sun Aug 26, 2018 1:11 am
The nice thing is, with the opt replacer hook on a per-mission basis, you can have ALL of the versions available to use in one install!

Does “per-mission basis” mean that you can have all versions of the Nebulon B Frigate installed, but all the Nebulon B Frigates in a given mission must be of the same version?
If this is the case, it won’t be possible to distinguish FRG Redemption (medical version) from FRG Valiance (strike version) in the Battle of Endor.

The short answer is yes.

As if there was a distinction in the base game already? This isn't much of a complaint since its already the reality of the scenario at the moment.

The only other way you could have two different frigate models at this point using the same model is either to install the different versions in separate slots to have the same stats. Though thematically and for XWAU purposes it would make sense to have the hull rating lower for the less armored ships, so that would be one option, but the neb just isn't that interesting to warrant that outside of the XWAU patch as you would be giving up 3 additional install slots for essentially the same ship which would limit your slot choices if you wanted to install custom craft. The point of the opt replace hook is largely to have a work around for that limitation.

However, depending what DTM wants to do, he may opt to have all four versions installed to separate slots, which for a non modified install would be the obvious choice.

The only viable way to save slots if you are making a ship patch like dscup or your own custom heavily modified install, and be able to have two different frigate models would be to say put in the regular nebulon, then the modified nebulon, and then opt replace the modified nebulon with say the strike version, and the regular neb with the medical version, using your example of the battle of endor.

My overall point is as always, we now have multiple options for our games, and multiple avenues to approach modifications from while illustrating the desire to increase those options using hooks wherever possible to further increase our options beyond our currently hardcoded limit of available ship slots.

Nice. No need to give me any credit. Credit goes to SWG folks and Gank.

One idea. Is there any way the windows can be made brighter and the engine glows ?
If you need help with rotating gun turrets as the last step, give me holler.

Re: Phoenix/Driftwood... in theory I'd say yes. Same way we just did with the Xwing. If you cloak the textures (transparency) on certain meshes, based on the FG "colors" as defined by AlliED, it might be possible to roll up two or all four into one model if it's not too complex and hit zones play a role for each mesh. Working around the hangars might be tricky. Otherwise as posted above, we can substitute in a text file another starship slot with similar attributes WhateverStarship.opt = Frigate2____.opt on a per mission basis, so you could have all 4 Nebulon types present. All depends on how DTM chooses to design it.
W-I-P: ISD-II, XQ-1 Platform1, (Imp) Escort Carrier, Misc, & TFTC.

Very cool, will the "Strike" version have more weaponry like in the older games? It seemed way under armed in xwa

I see you included the bridge windows as seen in Rebels. Or is that just a coincidence?

Very nice... but I have to ask why the open hangar is on the starboard side? The x-wing games have traditionally placed the hangar (when present) on the port side, not starboard.

keiranhalcyon7 wrote: ↑
Mon Sep 03, 2018 1:24 am
The x-wing games have traditionally placed the hangar (when present) on the port side, not starboard.

Except for the fact that... no. 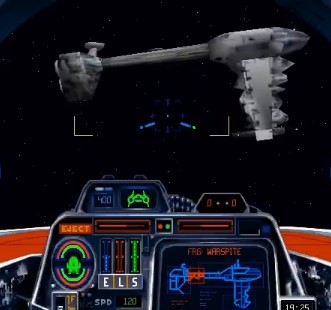 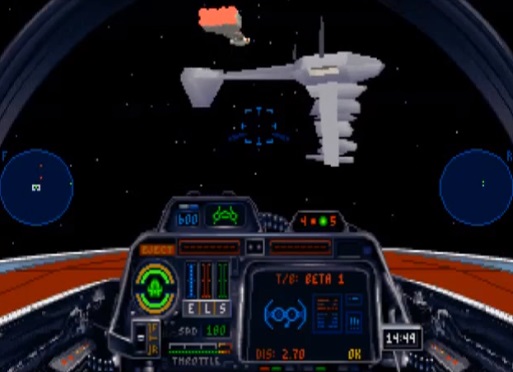 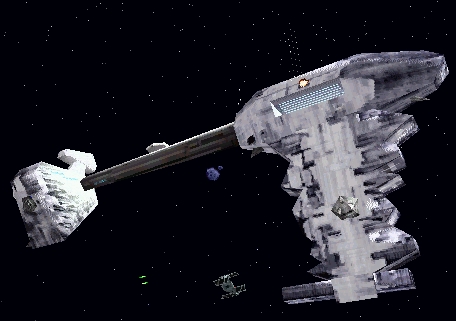 "If you're going through hell, keep going."

Laugh it up, fuzzball.

Really, is my memory this faulty? I swear it's always launched fighters to the left, never to the right.

Perhaps you also did the Hokey Cokey and you turn around
That's what it's all about...

Played original XW tour 1 mission 1 - a good example mission with a Neb B with way too many fighters for its internal space, btw - and apparently my memory is actually that faulty. So I stand corrected.

I found it! It was the cutscenes! The hangar is on the other side in the original X-Wing proving ground transition cutscenes. That's what's been stuck in my head. https://youtu.be/CwjdASzky0c?t=324
Post Reply
19 posts • Page 1 of 1