The one place to find the hottest news from the page.
Good things to know!
The heart of the page! Be sure to say hello!
What is done, or still needs to be done?
Here you can find lots of information about world of XWA-Modding.
This is were we show off our models
And here the fun starts!

Its still work in progress. I want to do a blue assault camo like the escort shuttle, and maybe a damaged model. Now Im trying to figure out the difference between SkiprayBlastboatExterior.opt (Which I've edited) and SkiprayBlastboat.opt I expect one is the player ship and one is an AI model.

Note: My work is based off the original textures by Marco Antonio. 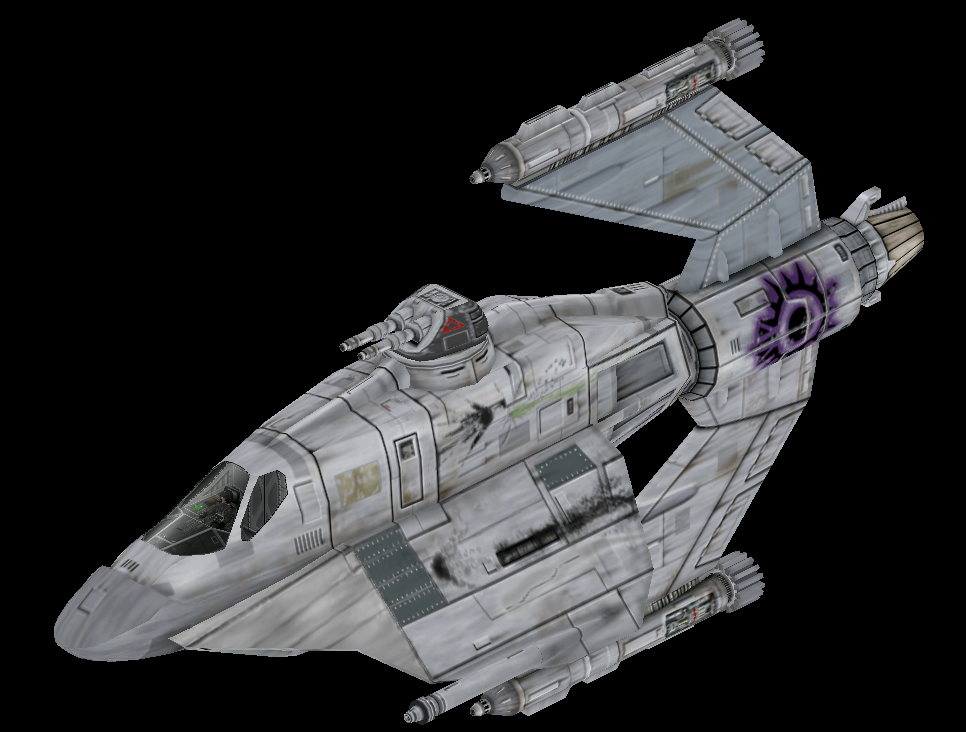 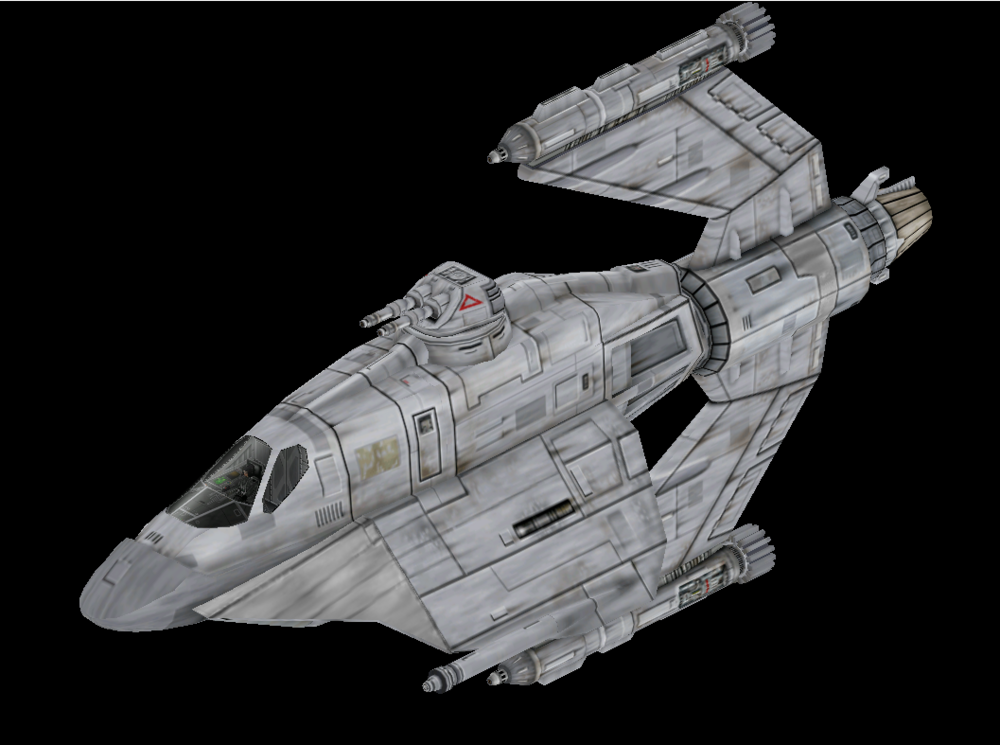 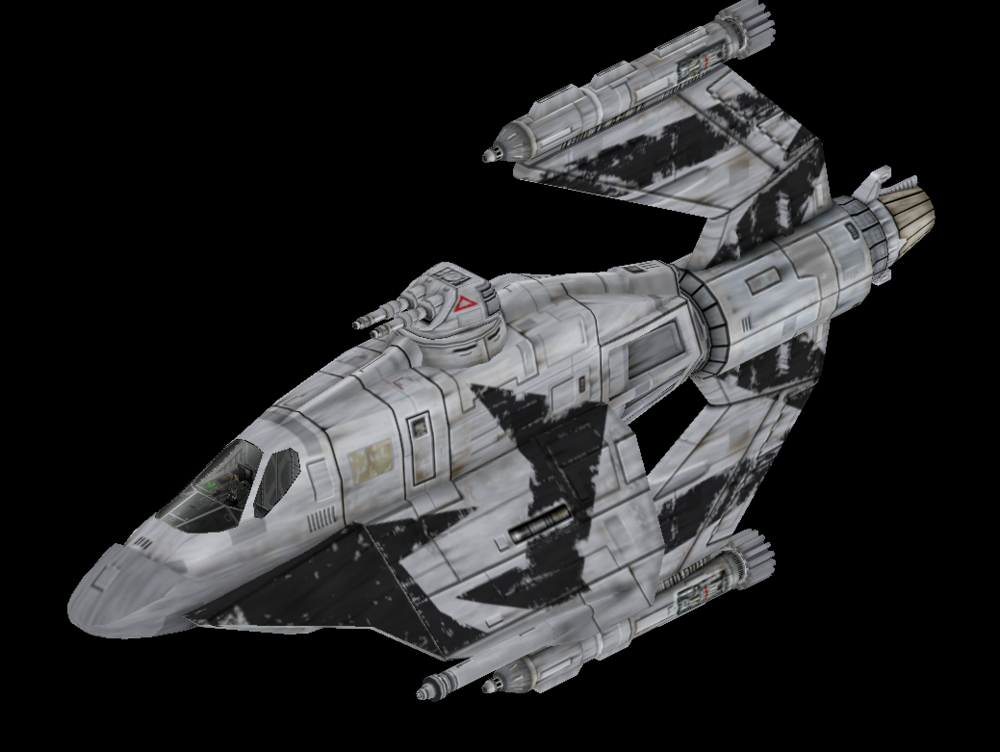 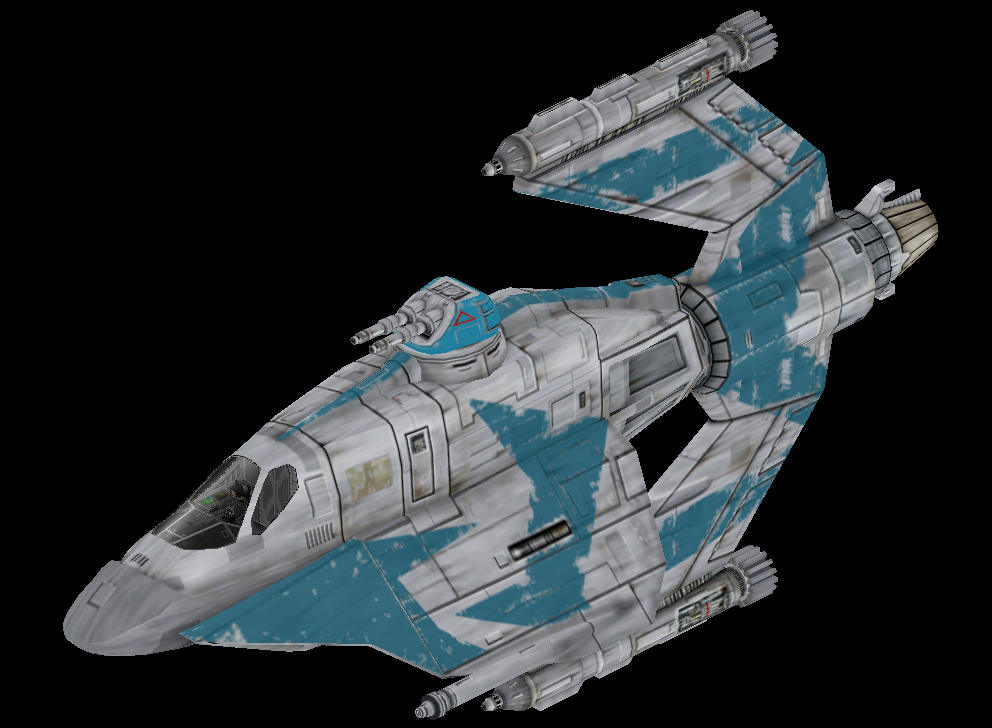 Really nice. Looking forward to see this one completed.
I don't judge tactics. The Battle is the best and only Judge.

EDIT: So as a test, I copied SkiprayBlastboatExterior.opt into the folder and renamed it SkiprayBlastboat.opt. It seems to have worked but now I don't have low res models, and the hardpoints seem messed up.

EDIT2: Figured out how to edit hardpoints.

Remaining question, if a model doesn't have a low res version, what happens exactly. It just stays rendered out further? How far?

The Fightercraftcockpit.opt should be self explanatory it's the interior cockpit model

The Fightercraft.opt or as we refer to it the Base Opt, is generally your AI craft, it has all the Hardpoints on it and a LOD (Level of Detail = less detailed model) model, the LOD appears at a certain distance away from you so the game doesn't or shouldn't slow if you have a high number of craft of screen at the same time.

The FightercraftExterior.opt is a higher detailed model, the one you see as your player craft in the hangar or is shown when you press the / key on the keypad while in flight, like I said it's more details model than the Base opt, but it does NOT have a LOD or does not have any Hardpoints added to it, basically it's just for show.

To answer your question "if a model doesn't have a low res version, what happens exactly. It just stays rendered out further? How far?" if the craft doesn't have a LOD, it will remain as a high detail model through out the game, meaning, however far you fly away from it, it will always be the high detail model, while a craft with a LOD will be less detailed at a certain distance.

The LOD Distance also depend on the size of the craft, generally a fighter such as a Tie Fighter, has a LOD that with appear at around 0.3 klicks, where as a starship being a bigger craft will need to be further away before the LOD appears due to it's size.

To save you messing about with the Skipray Exterior and changing it to a base craft and having to mess about too much with different textures. I've converted the exterior model to a base model and added the LOD to it, so basically, the base now has the same textures as the exterior, but with the added LOD textures

Well, let me get the one with the new textures uploaded before you do that.

Ok this is SkiprayBlastboatExterior.opt, it just needs a SkiprayBlastboat.opt version with LOD textures, the hardpoints should actually be good though, not sure if the base opts having hard points is bad. I'd like to figure out how you copied the LOD from the base over though.

Good news is I'm learning a lot, I know I just have a lot of learning ahead of me. I hope Marco Antonio doesn't mind me editing his opts. Its been an amazing learning project.

I've already done it for you in the download just above, which you don't seem to have seen.

But... you import the base opt to the exterior, in optechv2 not xwa opt editor (Optechv2 allows you more control than xwa opt editor), then click on the low level detail mode, highlight the LOD mesh from the imported base opt, assign it as Mesh 1: Low Lod

Then you delete all the meshes from the Base opt, save and create opt

Ok, ill try and figure it out tonight. Thanks.

.
.
Ok already done, I've added the LOD, added your Flightgroups to the LOD

One thing I will ask though, if you've added Hardpoints to the Exterior opt please remove them they are not needed, everything such as hardpoints are added to the base opt only.

Awesome. I'm going to try and replicate what you did as a learning experience as well. Now I at least have the solution as well.

I can confirm that these great new colours from ual002 are now part of the official Skipray Blastboat v2.1 installer online now.
So you can choose to use this version as an option when installing the ship.

Anyone have suggestions for any missions involving the Skipray the new colours would work well with?
Chief XWAU Team annoying nitpicker.
Ace Antilles - The X-Wing Outpost

Anyone have suggestions for any missions involving the Skipray the new colours would work well with?

There are mercenary Skipray Blastboats in B6M1 and B6M3. There's a couple of FGs in each mission, so using a couple of FG colours would help give it that rag tag mercenary look. Maybe the new mercenary FG, the black camo and the basic red?

I'm also not sure if the other two missions the Skipray appears in have been changed. In B0M8 and B5M2, there are Imperial Skiprays present. in vanilla TG, the main Skipray FG colour is blue, which I always thought looked pretty good as Imperial markings. The XWAU version uses red for the default (so that it matches the FG names), but I'm not sure if those missions were ever changed to set the FG colour back to blue for that Imperial look.

I'd suggest that, though you could now also go with plain grey for those two missions, for a FractalSponge look.
Formerly known as The 95 Headhunter
Post Reply
12 posts • Page 1 of 1