The one place to find the hottest news from the page.
Good things to know!
The heart of the page! Be sure to say hello!
What is done, or still needs to be done?
Here you can find lots of information about world of XWA-Modding.
This is were we show off our models
And here the fun starts!
Other cool sites!

4 great new releases! Posted by Forceflow
Boy do we have a treat for you guys! The boys behind the scenes have been very productive and we are ready to give you 2 new releases and 4 upgrade releases!

So better strap in and make sure your joystick still works!

Firstly and for the second time we have the CR90 Corvettes 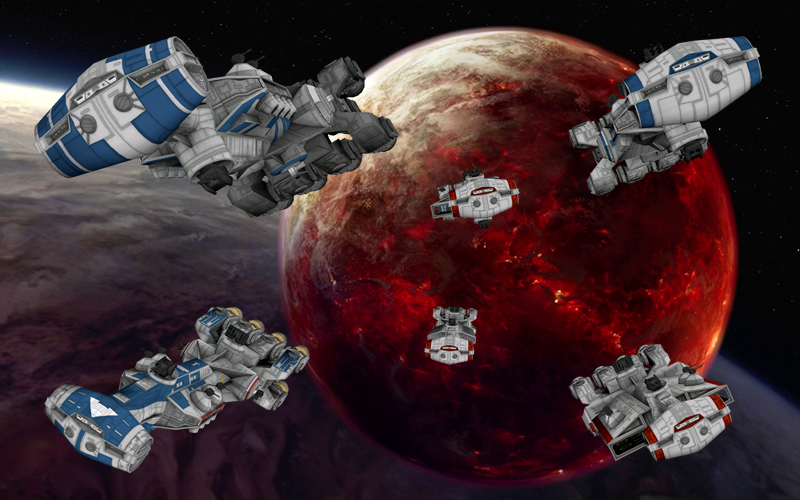 From Top to Bottom and Left to Right you have "The Liberator", "Farstar" (Single Hangar), "The Fulcrum", "The Phoenix", "CR90 with Cargo Module" and the "Freedom" (Dual Hangar).

The New CR90 Corvette Models and Textures are by Andrew Barragan (Barraganap) and used with permission.

Driftwood cut and split the craft into usable meshes added the textures and made all of them usable for XWA.

Darksaber has then refined the models by aligning a few of the meshes, adding a LOD model, recoloured some of the textures, adding rotation to the Gun Turrets and Comm Relays adding Hangar opts and enhancing the look of the dual hangar version of the Corvette named "Freedom".

There are 7 options for the CR90 Corvette in total, each having a slightly different configuration

Like the Nebulon B Frigate's installer options, which ever option you select will be your primary option, but the installer will copy all the other versions of the opt models to your Flightmodels folder. It will then be up to you to decide how best to use them in your own missions, thanks to JeremyFr's "Craft Hook" features. This is an opportunity for advanced users. Please read the Editor Section to learn about it.

Included in the installer are all the latest "Hooks" (latest "Hook" update September, 23rd 2018) these will install silently and replace the "Hooks" if newer.

Next up the updated Firespray Attack Ship aka Slave1 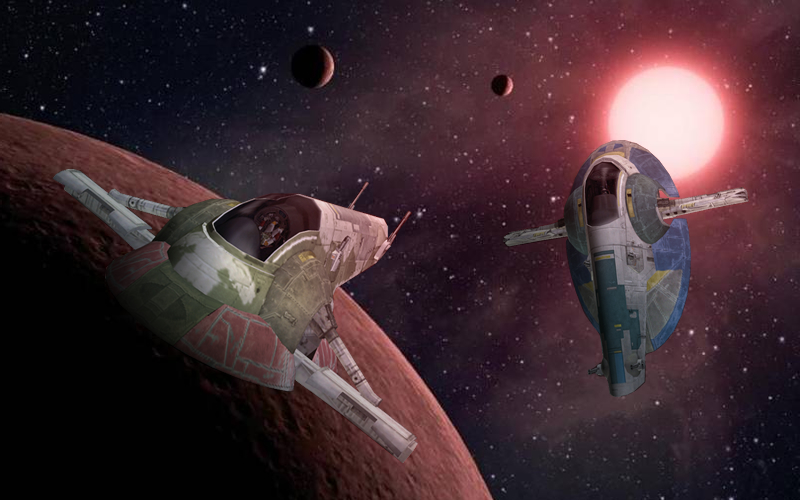 Currently we don't have new renders for this one, but I hope to get to that soon!

Special thanks to JérémyaFr, and some very creative modding by DTM, the Firespray now rotates into a landing position as first seen in the Empire Strike Back on the Cloud City Landing Platform.

The first completely new model is Warb_Null's awesome interpretation of the 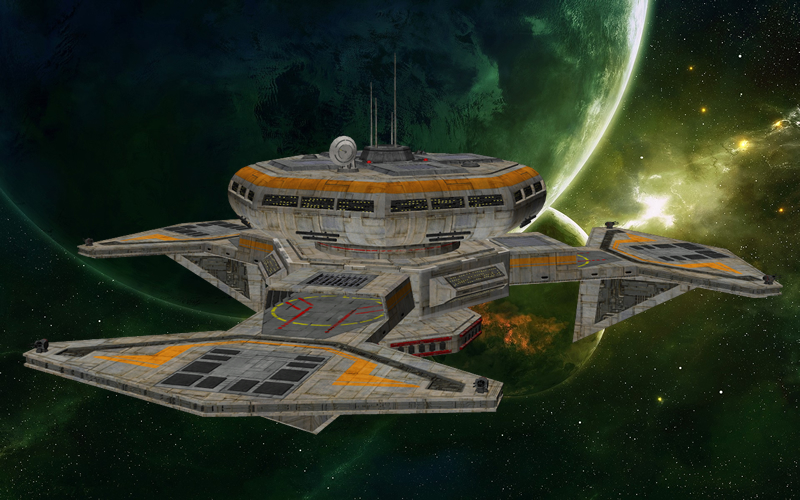 This one makes me especially happy since the stations have always been the most under-remodeled crafts we have. And boy is this one looking sweet: 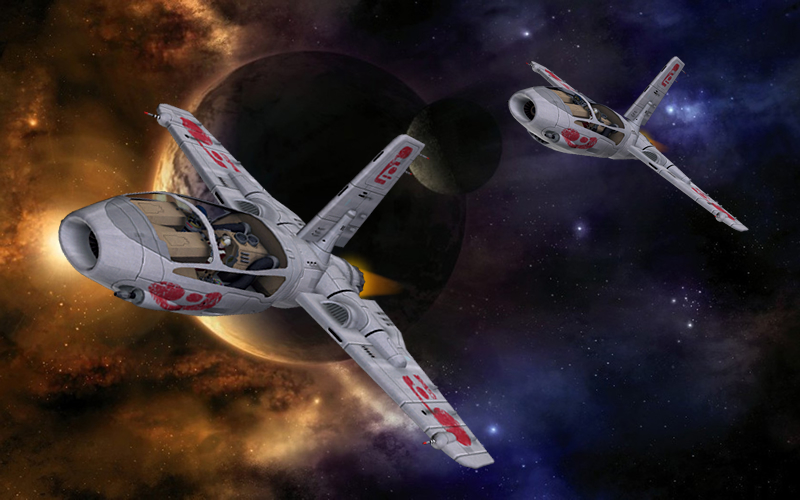 Another really great model with some cool new ideas. Make sure to check this one out closely: 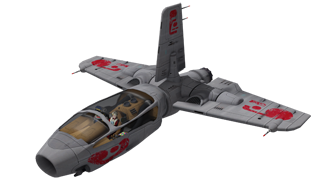 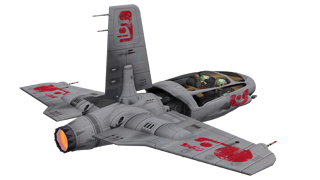 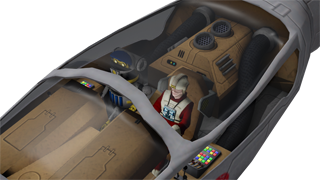 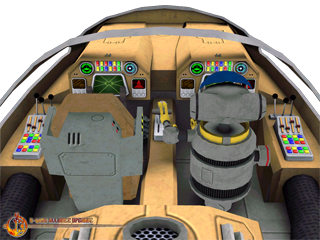 Nebulon-B Frigate redone Posted by Forceflow
Looks like the guys are never pleased. So there's a completely redone model for the Nebulon-B Frigate. It's a beauty to behold and comes with many options:

DTM wrote:
The Nebby OPT has been totally redone, and now comes with new features:

You have the possibility to choose between four versions of this versatile spaceship.

- Standard: with a single deck hangar

- Strike: with a double deck hangar

- Carrier: with a multiple deck hangar ( this is the version seen in the original TG games)

- Medical: the Redemption seen in the movie, no hangar!

This will not be a definitive choice, because the installer will copy the opt models of all versions in your FlightModels folder. It will then be up to you to decide how best to use them in your own missions, thanks to the "Craft Hook" features. This is an opportunity for advanced users. Please read the Editor Section to learn about it.

And here are a few screenies to adore.

Be sure to check out the Screenhots page for more. And more importantly download this bad ass to enjoy it's full glory in-game.

Upgraded Shuttle and new Comm Relay and Sattelites Posted by Forceflow
Great news! WE have a couple of new models to play with

Thanks again to the guys for their hard work. This is what Darksaber has to say about the new additions:

So what's new, to start with thanks to Driftwood we now have a Cockpit for the Shuttle, which mean we also have an Exterior model, and with special thanks to Rich C for supplying Driftwood with the Rogue Squadron III Shuttle Gunner Interior we also have a working Rear Gunner Turret (depending on which option you select.

The Shuttles textures have been remade to make them cleaner and whiter, most but not all are at a higher resolution now utilizing a few of Jeremy's Hooks

I've also included all the latest Hooks as of June 19, 2018 with the Shuttlev3

The Shuttle now has 4 Flightgroups:-

You have 9 choices of Shuttle starting with:-

Oh better give you a Warning :- If you select a Shuttle option with a Turret, in game set your guns to defensive fire mode straight way, otherwise the turret guns fire through the cockpit. 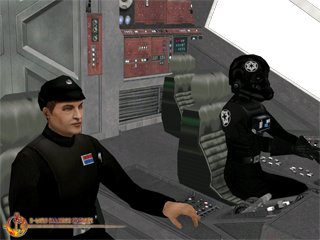 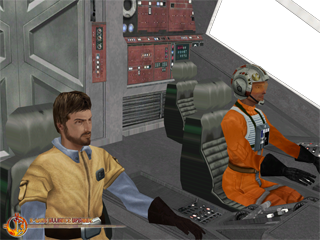 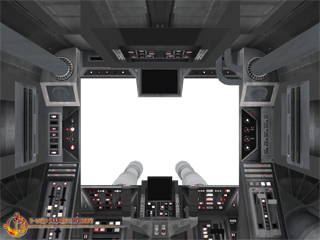 Along with the Shuttle update we also have New Satellites and Comm Relay made by our newest Member Warb_Null. We would also like welcome Warb_Null to the Team.

Just a small note about both of these installers, you are now able to select a destination folder to install either of these craft, but it has to be a valid X-Wing: Alliance Directory, otherwise the installer will tell you it's NOT a valid XWA dir and ask you to select a valid directory or to reinstall XWA. The default directory will be wherever you installed XWA.

This type of installer where your able to select your destination will be introduced to both the XWAUCP and DSUCP.

And another one done! Presenting the Rebel Platform Posted by Forceflow
Well, looks like we are on a roll

Driftwood did it again. This time he made the Rebel Platform available together with Darksabers help. I hope you all enjoy it! 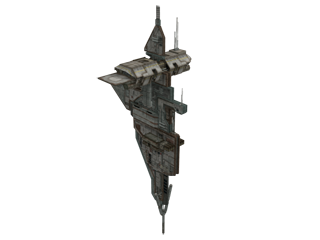 Update: Improved Luxury Yacht Model with Interior Posted by Forceflow
Driftwood aka Corran Horn managed to convert the interior of the Luxury Yacht so that can be used in the XWAU model. Together with Darksaber they managed to make that already great model even better!

More details can be found here DTM did it again! This time it's a completely new vision of the Imperial Research Station. A completely new look from the rather boring original model. I hope you guys enjoy it as much as we do! Thanks again for Darksaber for providing the installer.

So go ahead and grab it while it's hot! Website and Forum has been upgraded! Posted by Forceflow
I finally got around to upgrading the website to a newer php Version. For this I also had to update the Forum to a more current version.

I did some testing (many thanks to Darksaber, General_Trageton and keiranhalcyon7 for their help)

Hopefully most of the bugs and issues have been resolved. There will be some issues. Some avatars are missing, some signatures will have to be redone and unfortunately some links will be broken if the proper url logic was not used. (In order to make sure links are always properly saved you have to use the BBCode tags!)

Performance will be slower for a while until the forum cache has been reloaded and currently the search index is busted. I hope to fix those soon!

Please let me know if you encounter any issues in the board or the main website. This new foundation should make sure the page will be viable for quite some more time and future updates should be easier.

Release of XWAUCPv1.5 Posted by Forceflow
I am proud to release the newest version of the XWAUCP. The team is still working hard to enhance it and make it a better experience for all! This is what Darksaber has to say about it:

Darksaber wrote:
The main reason for the update to v1.5 was that JérémyaFr has updated the way the Hooks works, instead of the offsets being changed through patching the XwingAlliance.exe, the offset modifications are now applied at runtime to XwingAlliance.exe.

JérémyaFr has also created a couple of NEW Hooks
Wingmen Voices - enables setting wingmen voices for imperial IFF
Mission Objects - allows you to replace Mission objects, also the craft turrets are no longer limited to CorellianTransport2, MilleniumFalcon2, and FamilyTransport. You can now enable turrets for any craft.

Darksaber's fixed a few issues with the XWAUCP, like the missing Pinook Fighter (Piggyback.opt), so if you tried to fly the craft the game would crash, this has now been resolved, there was also an issue with the Awing firing a missile when it should be firing lasers, this has also been fixed.

Reimer, has also updated the DDraw.dll to v1.5.2 fixing a few issues.

The DUSCPv2.5 will also be available from Darksaber's X-Wing Station

You can discuss those great news here