The one place to find the hottest news from the page.
Good things to know!
The heart of the page! Be sure to say hello!
What is done, or still needs to be done?
Here you can find lots of information about world of XWA-Modding.
This is were we show off our models
And here the fun starts!

Updated Installers Posted by Ace Antilles
A while ago Darksaber updated the XWAU installers to our current nicer system. So we thank him for his work on those.
Sadly a few bugs sneaked into some and it's taken a little time to correct. Many of you may have had the bugs fixed already from our Known Issues post so you may not need to download them again.
Now the installers have been sorted I can inform you of a few new features and changes that have been added to some. 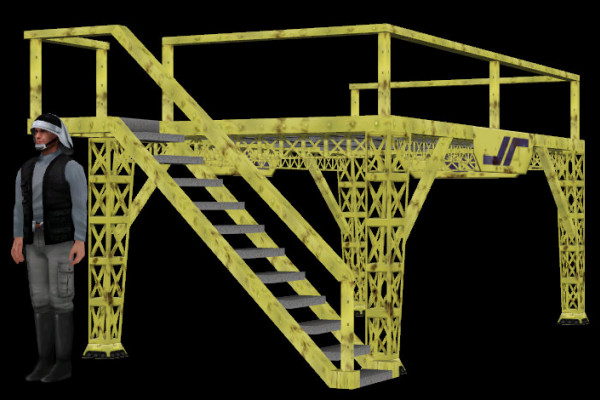 Imperial Star Destroyer II v2.1
Vince T has kindly made a new proper LOD for the ISD 2. Also tweaked the engine glows which had been a bit too long.
The ISD2 is still going to hit hard on the FPS but every little helps. We are looking at other improvements.
See more on that here.


Corellian YT-1300 v2.2 / Millennium Falcon v3.2
A new cockpit "cowl" has been added to each of the Base and Exterior models. This fixes a transparent view to the exterior in some angles.
The LOD distance has been fixed so it no longer has holes in it. Also the Turret Firing Arcs have been switched.

Thanks to member Exiledwe now have included a Mini Falcon Opt.
A Millennium Falcon which has been reduced in size by 40% to match the original vanilla Falcon so it fits through the Death Star Run in Mission 1b7m4w.
It's automatically playable so no editing is involved, the other missions in which the Falcon is playable is the normal sized Falcon.
You will also be flying with Lando and Nien Numb inside the Death Star by default with this change.


Corellian YT-2000 (Otana) v2.2 / Corellian YT-2400 (Outrider) v3.2
Update to the opts to stop the Pilots Head having the "Exorcist Effect" and turning around 360 degrees, also switched the Turret Firing Arcs.
You can now chose to have gunner playable turrets on the Outrider or not.
It is recommended to install these with the YT-1300 to prevent gunner turret issues. 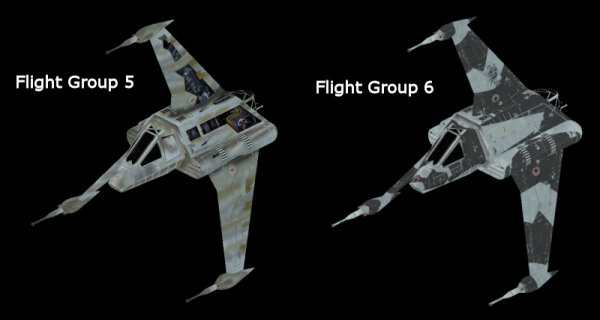 You may have recently downloaded some of these versions. So please check before having to get them all again.
For the complete list of changes please read the forum post: here.

You will find that anti-virus software doesn't like our installers. It will often flag them with a warning to stop you downloading them. We can assure you that they are perfectly safe to download and use, so just bypass any warnings.
Lastly a reminder that if a craft pack is NOT marked "NEW" then you do not need to install it again at this time.
That can lead to installation issues and bugs and other unnecessary hassle for you.

I hope to bring you some cool news soon of other things going on in the XWA Upgrade world :)

We have released a new Installer Patch but please DO NOT all rush to download it without reading on!
XWAU Craft Pack v1.6: Patch v1.0 is for fresh NEW XWAU installations only. So PLEASE READ this information first.

This installer is designed to be used directly after installing the XWAU Craft Pack v1.6 installer for the first time.
It is NOT meant to be used later after you have installed many separate individual Craft installers.
Think of it as a Day One patch. Even though it's over a year late ;)

Once installed the Patch will update the DDraw and Hook files that have changed between March 16th 2019 and August 18th 2020.
This will make your game ready to play and then you can install any "NEW" separate individual Craft installers.

This Patch contains the ddraw.dll file from JeremyaFr. This file is NOT compatible with the Effects from Blue Max release as that ddraw contains different information. Any Effects releases must be installed AFTER this Patch is used or you may experience game crashes.
If you do install this patch over an older Effects release then that Ddraw file will be placed in the Backup folder.

The reason for this Patch now is to try and help out the many new users we are getting and that experience some problems.
We hope that this may help prevent a few incompatibilities from the time V1.6 was released until today.
This list is probably the best way to install the XWA UPGRADE files:

We realise that installing all these files can be a little complicated and cause a few problems.
The XWAU is now very advanced and far more complex than it used to be.
We are speedily working on a way to enjoy it all without jumping through so many hoops.
Please be patient with us, none of us get paid to do this, it's a fun hobby. We will have more updates coming very soon for you. :)

Discuss the Patch in the Forum here.


BETA TESTERS
We've recruited some help to test out some of our new forthcoming files.
Battledog, Trevor and Will T are our new Beta Testers and are helping us find any bugs in new releases.
We may recruit more testers in the future but it is by invite only.

Super Backdrops Patch v3.1 Posted by Ace Antilles
Now available to download is the SUPER BACKDROPS PATCH V3.1.
This version is a only a bug fixing update but it really is worth installing for the improvements. 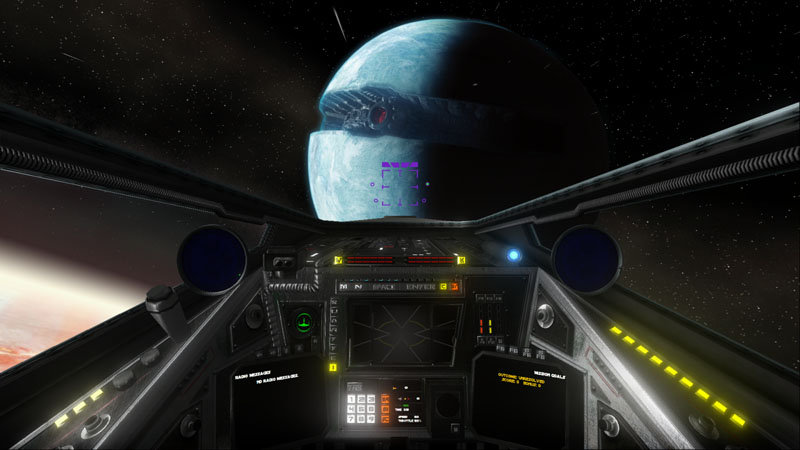 This fixes issues in LightingEffects.dat from older versions.
That meant when you shot an unshielded starship you saw coloured blob effects shooting out into space with every hit.
Now this has been fixed so you should now see like plumes of smoke effects escaping the hull again.
It really makes a massive difference and is essential to have!

V3.1 also includes an older Bug Fix which some of you may already have. It fixes the [Resdata] line in 8 Mission INI files.
A simple error but one that stopped the newer Starfield showing up.

If you happened to have already downloaded v3.1 today before this announcement (4pm BST) please can you download it again.
There was an error in the installer which is now fixed. Thanks for your understanding.

Discuss all Super Backdrops in the Forum here.

20 Years of the X-Wing Alliance Upgrade!! Posted by Ace Antilles

Happy Anniversary to the X-Wing Alliance Upgrade!!
On this date 20 years ago the XWAU released it's first big update. It was called The Rebel Fighter Patch.
The actual website was around for a little longer but this was the first XWAU milestone you could say.
Many talented people have contributed to the XWAU over the years and 20 years on we are still here!
Because this anniversary seemed too good to pass up the team put together this week of celebration. :D
All of the previews and more I have posted this week are now live and in the Downloads page for you to enjoy.

Ace Azzameen (no relation) has done a little redecorating.
He discovered Olin Garn was playing a prank on him and had reprogrammed Emkay to help!
So he's now replaced the fake Dueling swords with the proper ones that were being hidden by the cheeky pair :D
Ace also obtained a new printer from Fleet Supplies. So he printed out new digital copies of the photographs of Lady Blue and Aeron.
Also he has given the Family Crest a clean and buff to give it a bit of a shine. Plus he hung it straight on the wall this time as it was a little crooked. 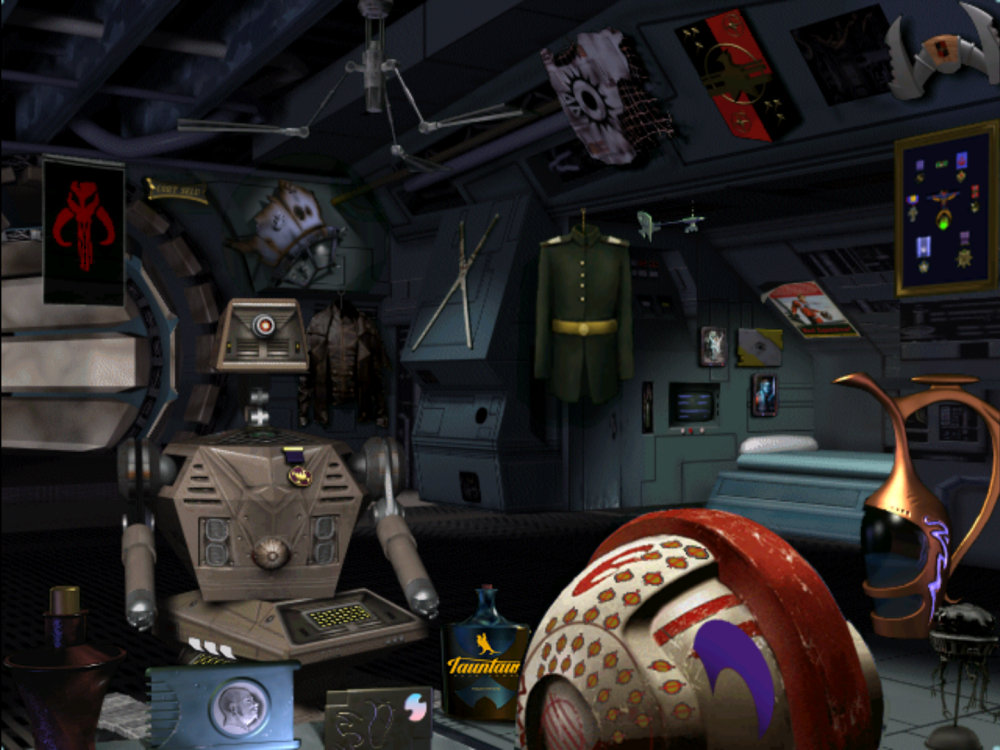 You can see more pictures and discuss this release on the Forum here. 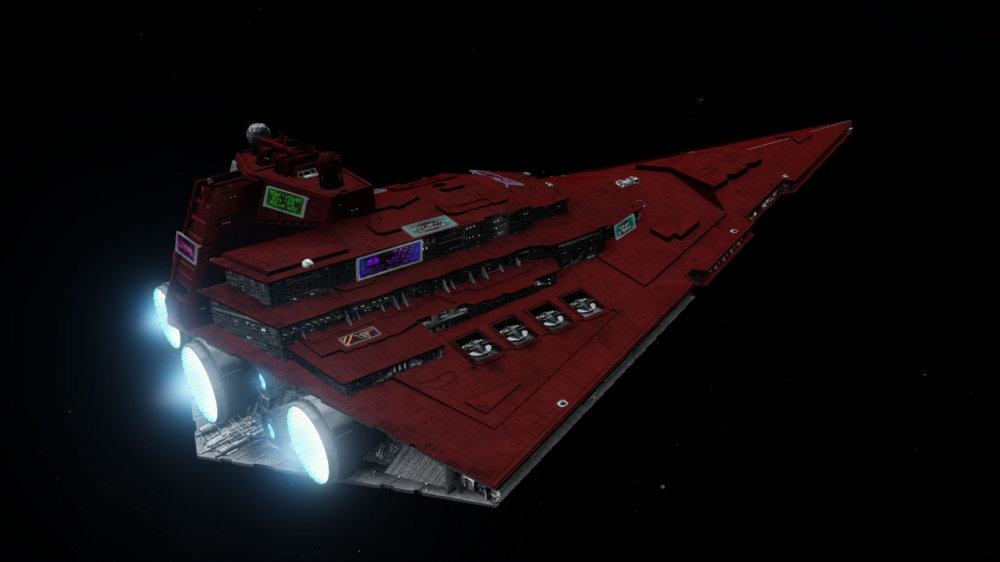 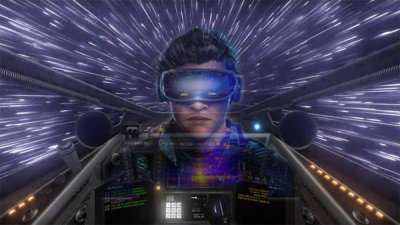 The latest full stable release from Blue Max with more of his Virtual Reality improvements and wondrous effects.
Some of the new features in this release are:

You can see discuss this release on the Forum here.


The Victory II-class Star Destroyer v2. Created by General Trageton
The VSD2, like the VSD1 is a complete remake with a highly detailed model and completely revamped HD textures. 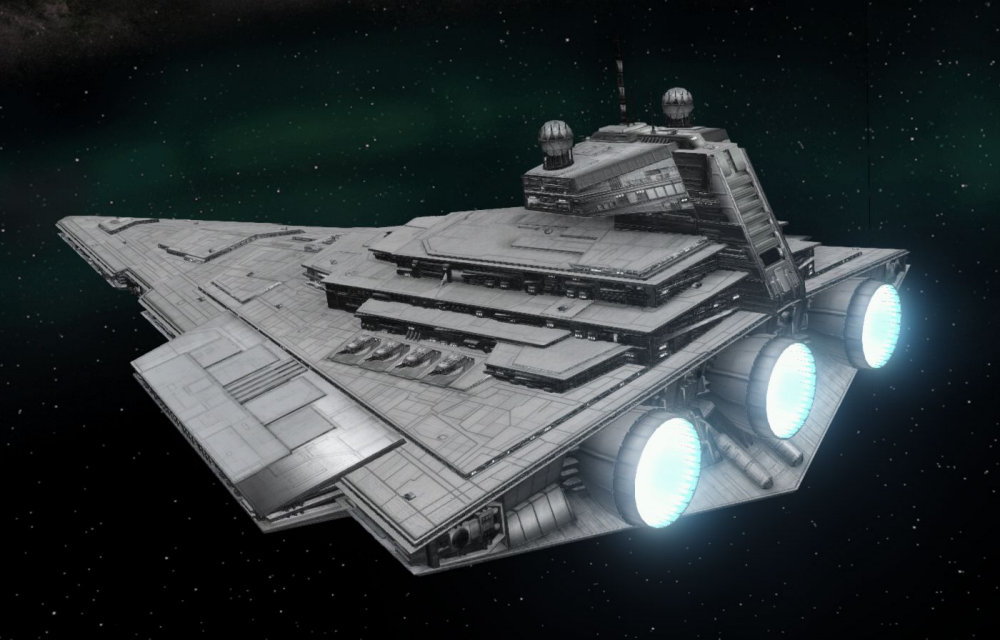 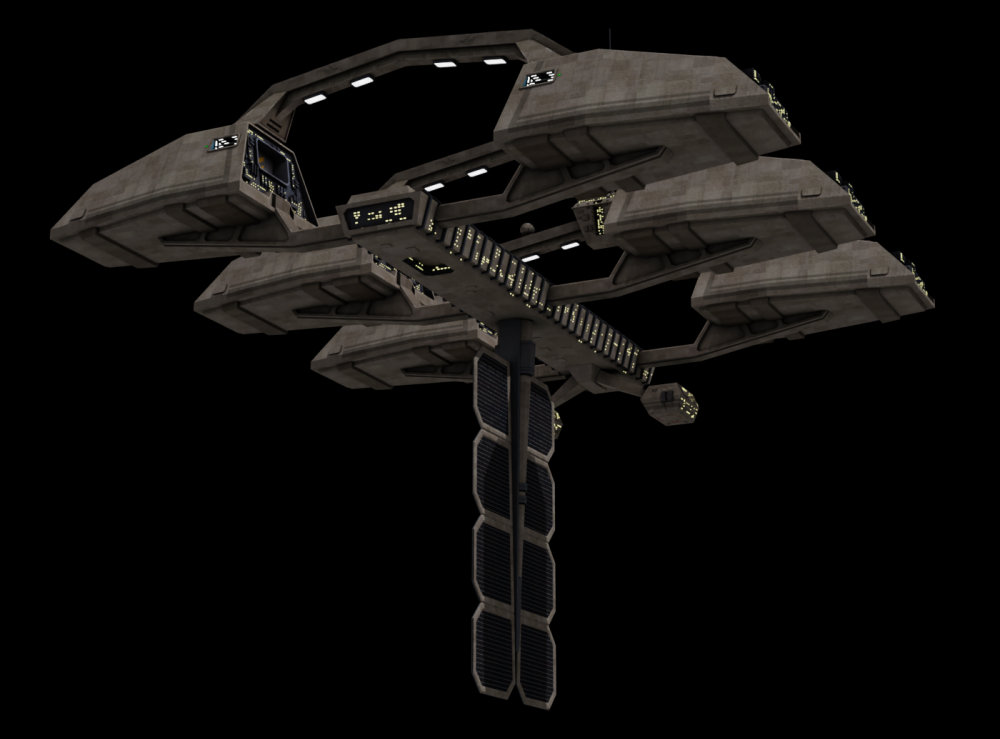 
New Team Member
I want to take this 20th Anniversary as the time for an unplanned announcement.
We welcome Rogue518 to the XWAU team as an honorary member and tester!
Rogue518 has stuck with us for 20 years. The full 20 years!

You can congratulate him on the Forum here


XWAU: 20 Years of Memories
Share with us your favourite memories of 20 years of the XWAU.
Please visit the forum topic here to join in.


THANK YOU EVERYONE FOR YOUR SUPPORT!
Lastly the team wants to thank all of you. The gamers that keep visiting our little piece of Star Wars history.
Without your constant support and interest and encouragement then this project could have died long ago.
We have now a total of 4360 members. Obviously they aren't all active :lachtot: but we value every single one.
Thank you also to all the XWAU team members past and present that have helped our goal.
We have some great things in the pipeline still to come for you to enjoy in 2020!
Hopefully we will complete our goal before another 20 years have gone past. ;)
May The Force Be With You All!

You can discuss these releases on the Forum here.

Great new Effects coming from Blue Max Posted by Ace Antilles
Blue Max is our resident Virtual Reality expert and is always hard at work making amazing new effects to use in XWA.
You can now get Beta versions from the Downloads page when available. There's also a new XWA VR Help Forum section.

Here is a WIP preview look at the future cool Holographic Displays.

We now have Dynamic Cockpits for most of the main Rebel and Imperial Fighters but not all cockpits have room for lots of displays.
So this is where a Hologram HUD text display will be used. This is an early preview but it gives you an idea of how it will work.

You can discuss this preview on the Forum here.

Wireframe targeting computer mode
Many of you may have already tried this Beta feature but this and many more improvements will be available in v1.1.4.
Now you can get an almost retro gaming look to targeting your enemies. Also the individual components will flash to highlight them.

There are more details on all the Effects in the Forum here.